Would you like to speak to an agent about your car or home insurance needs?

Was Your Car Broken Into?

Do you ever leave your key fob or keys in your vehicle? If so, you’re among a growing number of drivers getting accustomed to leaving their cars unlocked with their keys inside.

FBI data reports the average dollar loss per stolen vehicle to be $8,407. According to the NICB, on average, 209 cars with their keys/key fobs inside were stolen each day during the 2016-through-2018 time frame.

In addition, new technology may have contributed to the rise in car thefts. For example, a remote car starter with push-button technology can make it easier for car owners to forget their key fob inside when leaving the car, allowing criminals easy access to it.

The good news is that there are car theft prevention techniques that will safeguard you from this type of headache. In addition to ridding themselves of their own bad habits, car owners can take basic precautionary measures and use a few simple, affordable devices to help prevent car theft. Here’s how you can avoid helping crooks steal your car.

Use a Remote Car Starter

Freebie thefts are particularly common in the fall and winter months, likely because many car owners tend to start their cars to warm them up, before running back inside to grab their coffee or lunch, leaving the vehicle on with the keys in the ignition. Sitting in a cold car on a frigid winter morning is certainly unpleasant, so it’s understandable that someone might want to warm their car for a few minutes before hitting the road.

But, given the very real risk of having your car stolen if you do that, it makes sense to consider a more secure alternative for raising the temperature inside your car, such as a remote car starter system. It allows you to warm up your car without having to put the key in the ignition or even unlock it. This eliminates the risk of leaving your car unattended and unlocked with the keys inside, preventing you from having your car broken into while you’re getting ready to leave your home.

Install a Remote Kill Switch for Your Car

Another way to thwart car thieves is to install an auto kill switch, which prevents someone who is not aware of it from starting the car. A remote kill switch is a low-tech device with an on/off toggle that can be connected to the ignition circuit, the fuel pump, or the battery. You can install a remote kill switch yourself, but if you don’t know your way around your car’s electrical wiring, have a professional mechanic do it instead.

An auto kill switch is a very effective deterrent to car thieves, so long as it is placed somewhere inside the car where thieves will not be able to see it, such as in the glove compartment, under the dashboard, or under a seat. Once installed, you can turn on the remote kill switch for your car before leaving your car, disabling the engine and preventing thieves from starting the car without first turning off the kill switch.

In addition to installing new equipment, there are a few car-theft prevention tactics that you can do to keep thieves away from your car. If you have a garage, park in it and keep it locked. (Obviously, avoid using your remote car starter if your car is parked in your garage, as this can cause a dangerous build-up of carbon monoxide in your home and garage.)

If you don’t have a garage, be sure to park your car in a location that will make it a less attractive target for criminals. This means parking in safe, well-lit areas, as thieves are much less likely to try to break into a vehicle that is easily visible to passersby. 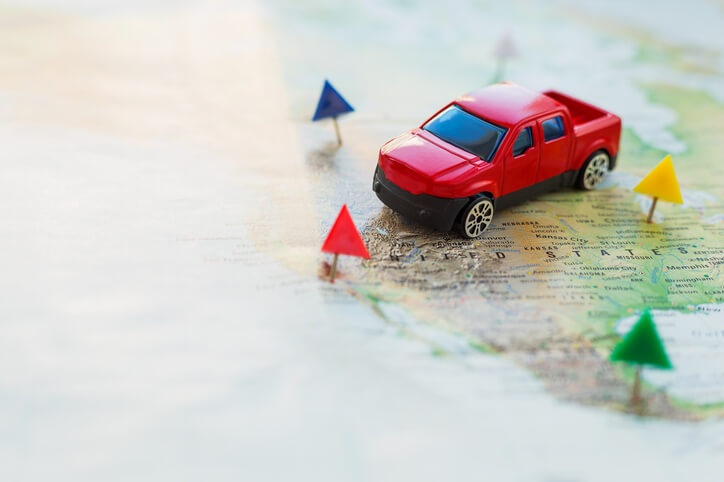 
The worst offenders—when it comes to leaving keys or fobs in vehicles—are in warm-weather states.
According to the NICB, from 2016 to 2018 the top five states for this type of theft were:

To Avoid Getting Your Car Broken Into, Take Valuables Out of It

Another precaution to help avoid getting your car broken into is to take all valuables out of the car, as these might entice would-be thieves. It is also a good idea to implement a steering wheel lock if safer parking spaces aren’t available.  This includes items such as cell phones, laptops, purses, and wallets. Also, avoid leaving your car’s title in the car itself. Having that and your car’s registration would make it easy for the thief to sell your vehicle before they’re caught. Prevent your car from being stolen by implementing any of the above anti-theft devices and you may avoid having your car broken into and you can avert having to file an insurance claim.

What Car Theft Means for Your Insurance

If you have comprehensive coverage, you’ll also have to file a claim with your insurance company. While you wait for the claim to be processed, you’ll probably need to rent a car. The rental car that you end up with  might not have the same features as your stolen car. This will depend largely on the type of coverage you have.

If, for example, you have only basic Transportation Expense coverage, you might not be able to rent a vehicle that is comparable in class, size and options to the one you lost, unless you’re willing to pay for any additional expenses yourself.

And before your insurance company will payout for the stolen car, you will have to pay your deductible, which depending on your policy, might be substantial.

Furthermore, if your car is stolen, you might face some additional—and quite substantial—expenses. If for example, you still owe money on the car’s loan or lease, part of the money you receive from your insurer will go toward paying off the loan or the lease.

Is car theft covered by homeowner’s insurance? In some ways, yes, in others, no. Homeowner’s insurance that includes personal property coverage may cover the possible items that are stolen from your car, but not the stolen car itself. Your auto insurance policy, depending on how much coverage you have for your vehicle, will be the policy that you will rely on if your car is broken into or stolen.

Gap insurance. If the amount you owe on your car is greater than the current value of your car, you may find yourself unable to pay off the loan and afford a replacement car. But if you have gap insurance, it can help cover the difference between what you owe and what the insurance has paid out.

Just remember that you need to have these coverages in place before the theft occurs, so it pays to plan—in addition to taking your keys and locking your car.

Are you looking for more tips to help you understand the different types of insurance coverages available to you and which you should have for your vehicle?  You can find them in our monthly newsletter.

*This is the most recent year for which car theft statistics are available.