Think your hands free device makes it safer to use your cell phone while driving? Think again. As it turns out, hands free devices can still be a distraction, and although handsfree is still better than handheld, both can lead to distracted driving.

Cell phone use is just one of many culprits that lead to distracted driving, but in recent years, it has contributed to a growing number of crashes. According to the National Safety Council, distracted driving kills 9 people and causes more than 1,000 crashes every day, making distracted driving a serious problem. While hands free is better than handheld, both are still distracting. That’s largely because of the limitations of the human brain: our brains simply can’t do everything we may expect of them at the same time.

Why a Hands Free Device May Not Make You Safer

A study published by the University of Sussex in England found that talking on the phone, even with a hands free device, requires much of the same brain processing resources needed for driving. Doing both at the same time caused participants in the study to detect fewer hazards, respond to hazards more slowly and fail to register seeing things that were right in front of them.

If you’ve ever been irritated by a family member who appears to tune out your voice while reading the newspaper or attend to a crying grandchild, you may be surprised to learn that they may not be purposefully ignoring you. Instead, their brain may be unable to pay attention to what you’re saying while focused on the newspaper or a small child’s whines. That’s because our brains aren’t the best at multitasking. You need a certain amount of focus for every task, and that focus may not go as far as you think.

Through extensive study, researchers have found that attention is a limited resource. Each person only has a certain amount of attention available, and when focusing his or her attention on one thing, he or she is unable to focus on others. Nobody can attend to everything at once, so when we apply our attention resources to one thing, we are always doing so at the expense of other things.

If you think having a hands free device for your car gets rid of distractions, you could be mistaken. It all comes down to the way the brain processes information. The human brain has a limited capacity to process visual images simultaneously. Although talking on the phone may seem like it would only require auditory resources—the sense of hearing—it uses up the brain’s visual processing abilities as well. Psychological researchers at The University of Sussex discovered found that talking on the phone – even when it’s handsfree – uses more of the brain’s visual resources than was previously understood.

Research shows that a brain does not have enough processing ability to simultaneously imagine images and keep track of what the eyes are seeing, which is a knock against the use of hands free devices while driving. For instance, you may see the trash receptacle in your lane, but because your brain is focused on an intense phone conversation, your brain may not actually register the receptacle until you’re too close to avoid it. Even worse, your brain could be busy processing your phone conversation and the emotions stemmed from it, causing road rage in some cases. This ultimately can contribute to you driving a little faster and cause you to miss the vehicle pulling out into your lane or the child running into the street from your right.

“Conversations are more visual than we might expect, leading drivers to ignore parts of the outside world in favor of their inner visual world, with concerning implications for road safety,” says Graham Hole, a senior lecturer in psychology at the University of Sussex and one of the study’s authors.

By tracking eye movements, the Sussex study found that distracted drivers suffered from “visual tunneling,” which means they tended to focus their eyes on a small, central region directly ahead of them. This type of tunneling led participants to miss hazards in their peripheral vision.

These findings signify dangerous consequences for drivers who use their cell phones, even those that are using a hands free device. While hands free devices are significantly safer than a handheld device, they are still problematic and unsafe.  “The only safe phone in a car is one that’s switched off,” Hole says. This will ultimately prevent distracted driving leading to car crashes and other accidents.

For parents of young drivers, it’s important to try and instill habits of distraction-free driving in kids right from the beginning. Try to encourage making the car a phone shutdown zone. Or, if turning off the phone isn’t an option, encourage them to put their device in airplane mode, which essentially turns off the device’s ability to receive calls and texts. There are also ways that parents can monitor their teen’s driving with different apps and devices. For more tips, see our teen driver advice article.

Are You Breaking the Law?

When you use your cell phone behind the wheel, you’re not just endangering yourself, your passengers and others; you may also be breaking the law. That means you could risk getting a ticket or worse, a criminal charge in the case of an accident. Putting down the device can also save you an increase in your insurance premium, as distracted driving can impact your premium.

According to the National Safety Council, there are three basic requirements for staying safe while driving: keep your eyes on the road, hands on the wheel and your mind on driving. While practicing these, the number of auto claims will decrease due to distracted driving.

When using a cell phone, whether through hands free devices or handheld, it’s almost impossible to abide by those three requirements. You can help keep yourself, your passengers and others safe by waiting to use your device until you’ve stopped the car.

While it may be tempting to use a hands free device in your car, keep in mind that doing so may jeopardize your own, or someone else’s, safety.

Need a refresher on the rules of the road where you’re driving? Click the image below to go to our state of driving page. Then select a state to learn more about its car culture, average gas price, insurance requirements, distracted driving laws, and more. 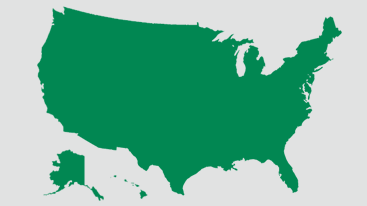 Never text in a car. If you must send a text, ask if a passenger can send it for you. Or, if it’s urgent, you might be able to use voice control to send a text, if your car has that functionality. Do not pick up your phone to activate voice text. None of these methods are full proof. If you really need to use your phone, the best way is to pull over, stop the car, and use the phone then.

Use a location-sharing app if you’re planning on meeting your friends for a time-sensitive activity. Some apps will allow you to share your location with friends; that way you won’t have to text your friends if you’re late or stuck in traffic.

It’s important to understand the ways to prevent distracted driving. That’s why the National Safety Council established a pledge to try and educate and encourage drivers to avoid distractions while driving. The pledge outlines the different distractions that affect drivers. Distractions listed include:

Take the pledge with us to educate more drivers on the dangers of distracted driving. Download and print your certificate here.