In recent years, home sellers have had an advantage in many markets, with low inventory, increases in buyer demand, and surging home prices. But in 2020, the growth in U.S. housing prices is expected to flatten and mortgage rates are expected to rise. As a result, home sales are expected to drop during the year.

Home price growth will flatten, with a forecasted increase of just 0.8%, and mortgage rates will to rise by an estimated 3.88% by the end of the year, according to the National Association of Realtors (NAR).

In 2020, sellers will have to deal with flattening prices and slowing activity, so they may need more patience—especially if their homes are at the upper end of buyers’ price ranges. However, sellers who adjust to local market conditions can expect to benefit from continuing demand, NAR data shows.

As always, some markets are hotter than others. If you’re preparing to sell a home this year, your location may help determine your success. Of course, a house can sell in any market. It may just sell faster, and for a higher price, in a top market.

Here’s a look at five of the best states, and five of the worst states, to sell a home in 2020, based on Realtor.com’s Market Hotness Index, which measures existing home supply and demand in 300 metro areas before ranking the markets by hotness.

According to Realtor.com, a hotter market has limited supply, lots of demand, and faster selling times. Below are five of the hottest markets per the December 2019 ranking, listed in ascending order with number one being the hottest market:

Large employers such as Honeywell and Advance Auto Parts have recently announced they’re moving their headquarters to North Carolina, so it’s no surprise the state is a good place to sell a home. Large cities like Raleigh, Durham, and Charlotte continue to be hot areas for buying and selling homes, while smaller cities are growing in popularity. For instance, Burlington, located 35 miles from Durham, ranks second in the Market Hotness Index. The population of Alamance County, where Burlington is located, grew 7% between 2010 and 2017, and just keeps growing, according to The Times News.

Seven of the top 20 metro areas on the Market Hotness Index are located in California. They include Modesto, Vallejo-Fairfield, Fresno, San Francisco-Oakland-Hayward, Yuba City, Stockton-Lodi, and Sacramento-Roseville-Arden-Arcade. These hot areas reflect a national trend towards small cities and away from large, expensive metros. California’s population is still growing, although growth has slowed in recent years, according to The New York Times.

While the rust belt state of Ohio was hit hard by the Great Recession, it has recovered in recent years, adding thousands of jobs. This is partially due to the state’s rich deposits of natural gas, which has brought tens of thousands of high-paying, middle-class jobs, as well as new steel and chemical plants. Cities like Columbus, Akron, Cleveland, and Cincinnati have regained vibrancy, attracting new residents and employers. The state’s economy is led by agriculture, automotive and steel industries, and healthcare. For instance, the Cleveland Clinic boosted the state’s economy by $17.8 billion in 2016, according to a local report.

VF Corporation, the parent company of brands including The North Face and Smartwool, relocated its headquarters to Denver in 2019, bringing 400 current employees and plans to hire at least 600 more to the community. And that’s just one of many companies that have opened offices in the Denver Metro Area in recent years. With a booming economy and a wealth of outdoor activities, such as skiing, hiking, mountain biking, and climbing, Colorado is attractive to a wide range of people. That attraction is making it easier and easier to sell a home in the Centennial State.

Known for its love of basketball, the Hoosier State is also home to the Indy 500 and the Indianapolis Colts, making it the perfect place for sports fans to call home. The city of Fort Wayne, which ranks #1 on the Market Hotness Index, has long been a major manufacturing center, and continues to offer jobs in manufacturing, healthcare, finance, and insurance. Once part of the Corn Belt, Indianapolis is now a sophisticated city offering a wide variety of opportunities for dining, culture, and jobs.

Now that you’ve seen some of the hottest real estate markets in 2020, get to know five cooler ones. They are again listed here in ascending order, with number one being the least hot market:

As large employers like General Electric and United Technologies have left Connecticut in recent years, the housing market has suffered. Three Connecticut cities—Bridgeport, Stamford and Waterbury—appear on Go Banking Rates’ list of 50 coolest housing markets, which is based on Zillow data. One reason may be the high percentage of homeowners who owe more than market value on their homes. More than one in four homeowners in Bridgeport are underwater on their mortgages, and in Waterbury, the number is closer to 30%.

Georgia’s economy is expected to take a hit in 2020, a University of Georgia economist told the Atlanta Journal-Constitution. Many of the state’s largest industries and employers have been affected by the ongoing global trade disputes. Economic challenges often negatively affect the housing market — and that’s exactly what’s happening in the Georgia market. Home prices in Columbus have dropped more than 10% in the past two years. Even in Atlanta, the state’s largest metro, home prices have dropped 3% in the past 12 months alone. Atlanta homes are staying on the market longer, as a result, and the city’s foreclosure rate is now higher than the national average.

While Virginia’s economy is growing, it has done so at a slower rate than the rest of the country over the past several years, according to a state report. One reason may be the state’s heavy reliance on federal employment. A new Amazon office is anticipated in Northern Virginia, which should eventually bring 25,000 new jobs, but that announcement hasn’t transformed the statewide market yet. While cities in Northern Virginia are faring better, other parts of the state are lagging. For now, Portsmouth has the highest foreclosure rate of any city on the coolest markets list and, in Hampton and Norfolk, the percentages of underwater mortgages are more than double than the national percentage.

With overwhelming pension debt and an uncertain political situation, the state of Illinois is on tenuous economic footing — and it’s showing up in the real-estate market. In Peoria, the average housing price dropped 15.9% over the past two years. Both Peoria and Portsmouth have some of the highest rates of foreclosure in the country. And the Chicago suburb of Aurora, the second largest city in the state, has a high percentage of homes with price cuts as well as higher-than-national-average rates of foreclosures and underwater mortgages.

The Florida economy has significantly slowed, a state economist told The Orlando Sentinel. The coastal state may also be suffering from the nationwide trend of people moving away from expensive coastal cities in favor of more affordable, inland locations. For instance, home prices in Miami Beach have fallen 5% in the past two years. And Riverview, a Tampa area suburb, has an extremely high rate of foreclosures. Other coastal towns, including Ocala and Fort Myers suburbs Lehigh Acres and Cape Coral, have seen flatter growth in home prices and higher rates of underwater mortgages and foreclosures.

Understanding the Dynamics of the Market has Benefits

If you really need to sell your home, it may not matter whether it’s located in a hot or cool market. However, understanding the dynamics of the market can help you price your home appropriately and set proper expectations for how long it may take to find a buyer. By gauging your market correctly, you may be able to sell quickly and start the process of moving to your next home sooner.

While this story identifies 10 states where individual real-estate markets are hotter or cooler, your experience as a seller may be different.

Looking to look up your specific zip code? Reference the bottom map in this link. 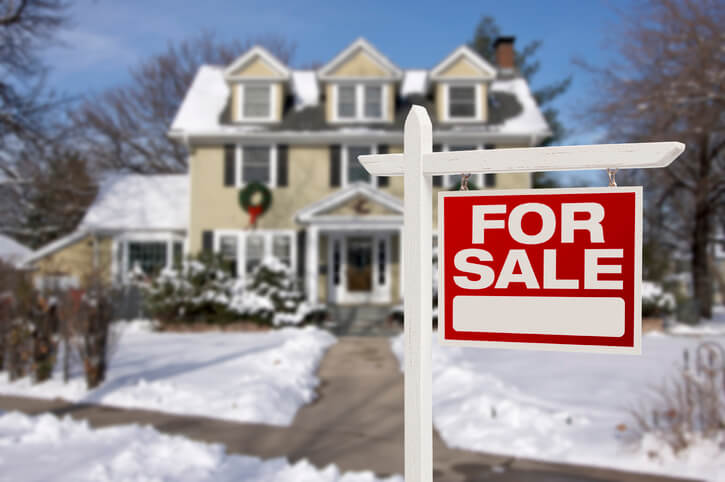 Please share with us and other readers in the comments below:

Have you recently sold your home, or are considering selling your home in 2020 and if so, how does being in a hotter or cooler market affect your strategy or timing?